The Big Blue of Amorgos island It was in the late 1980s when Luc Besson decided to film his movie “The big blue” on Amorgos island. The story about the friendship and sporting rivalry between two free-diving champions: Jacques Mayol and Enzo Maiorca made Amorgos famous worldwide. The film features Jean Reno, Jean-Marc Barr and Rosanna Arquette whereas the Original music score was written by Éric Serra.

It is without doubt that Amorgos offered an ideal scenery to the movie and ever since its release at the theatres, this small Aegean island became synonymous to “The Big blue”. But truth been said, although the movie was one of France’s most commercially successful films, the beauty of this Cycladic island lies beyond cinema! Fun fact: There is a cafe in the port of Katapola named “The big blue” where you can have your coffee while watching the film! Boasting a mind-blowing natural landscape, minimal Cycladic architecture, mysterious caves, and fabulous clear blue waters, Amorgos island is one of the hidden gems of the Cyclades. Untouched by mass tourism, Amorgos is the perfect holidays destination for those who seek privacy and tranquility, as well for nature lovers! The hiking trails that cross the island are perfect for exploring the nature of Amorgos, while secluded Amorgos beaches are ideal for naturists! The most important sightseeing in Amorgos is the Monastery of Panagia Hozoviotissa, an amazing monastery constructed against a rocky mountain. Its simple Cycladic architecture along with its amazing location and the breathtaking sea view makes this Monastery one of the most emblematic constructions in Greece! A short walk from this monastery leads to the small bay of Agia Anna, a secluded beach with exotic water and a picturesque small white chapel. Another famous spot is the shipwreck of Olympia. It is located near Kalotaritisa and a 10 minutes walk will lead you to this photogenic place that became famous from Luc Besson’s movie scenes. Amorgos has many villages scattered around its rocky landscape. Chora is the capital of the island and it is hands down, one of the most beautiful of the Cyclades. Surrounded by lovely windmills and full of beautiful Byzantine and early Christian churches, outspread white houses and stone paved little streets, this little wonder reminds of a labyrinth and has an incredible and particular atmosphere. Another beautiful village is Tholaria. Whitewashed houses, paved alleys, traditional shops and beautiful views make this village worth your visit. Last but not least, the two ports of the island Katapola and Aegiali are quaint, small villages by the sea with nice tavernas and shops. Amorgos is not famous for its long sandy beaches. But if you are looking for crystal clear blue waters, sea caves, secluded small creeks and interesting seabed, then you are at the right island. The most popular beach is Aegiali. It is sandy and organised with many facilities.The beach of Mouros is a must. You have to climb down a few stairs,but the dive into the crystal waters and swimming in sea caves are surely worth it! Also, the uninhabitable islet of Nikouria which is reachable by boat from Agios Pavlos will offer you a nice day by the beach.

Organizing tips on your visit to Amorgos Amorgos belongs to the eastern Cyclades and has two ports: Katapola and Aegiali. There are daily ferries from Piraeus and the trip lasts about 7-9 hours. Amorgos is also connected by ferry with numerous other islands. A very common island hopping package is Naxos-Amorgos or Paros-Amorgos.

The best place to seek accommodation are the villages of Katapola, Aegiali and Chora. Although Amorgos has a very smooth touristic development, which is what makes it so unique compared to Mykonos, Santorini and Paros, a visitor can find from organised campings and boutique hotels, to luxury hotels and spa.

Amorgos is a fairly small rocky island but due to its relatively high rocky hills small distances can take relatively more time to reach.

The island has a good public bus network offering routes to almost all villages, sites and beaches. Buses is the cheapest way to move around the island. Of course if you are not travelling very low budget, renting a car is recommended especially if you don’t like timetables and want to discover hidden gems on your own time.

Food in Amorgos is a thing! There are many restaurants and tavernas serving delicious food. Many of its ingredients are as fresh as it can get since they are produced on the island. Don’t miss the chance to try local cheeses and “psimeni raki” which is a traditional aperitif. Extra tips: Apospero (for delicious dinner with Mediterranean recipes), Kallisto (for the best patisserie on the island) & Jazzmin (for breakfast or night drinks).

On Monday, June 15 2020 Greece re-opened its borders to Tourism and officially started receiving... 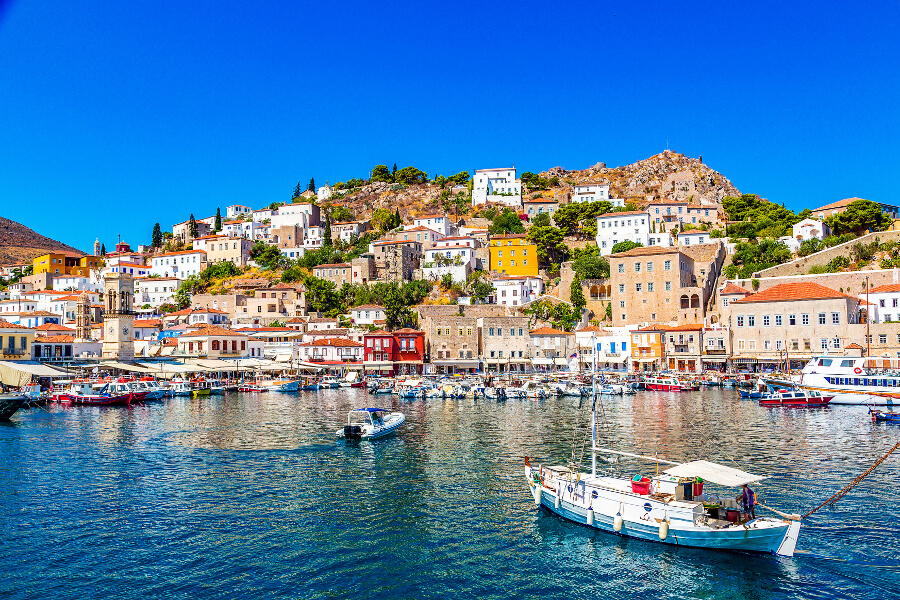 Are you searching for the best Greek islands for summer 2020? Are you wondering which island... 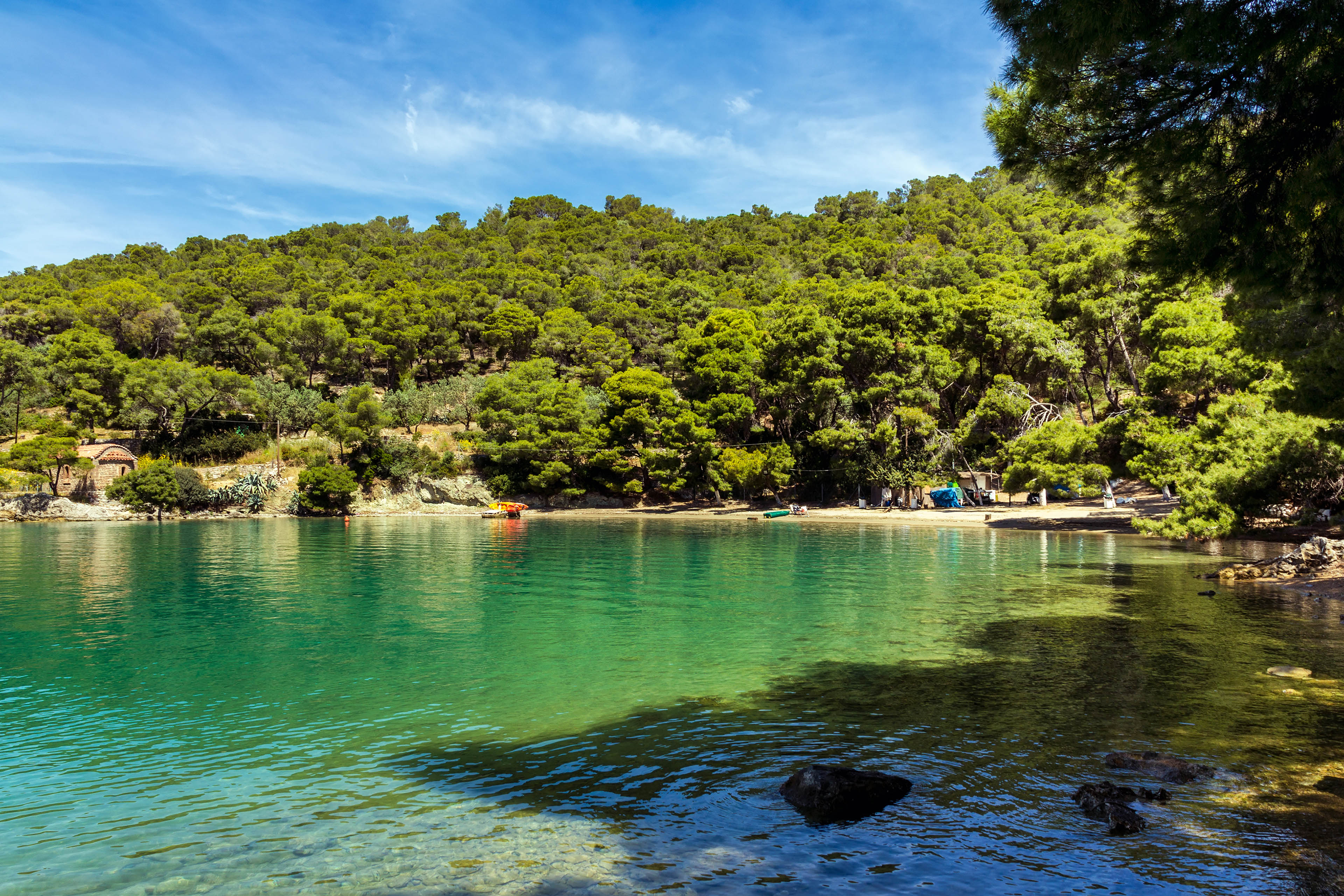 Sailing in the Saronic Gulf

If you are interested in visiting several Greek islands near Athens, then book your sailing boat...