As Greece is a country with a long and turbulent history, its landscape is dotted with interesting monuments and places. A very special section of the country is the amazing ghost towns, scattered around the mainland or the islands. Some of these abandoned settlements keep their impressive architecture and character, attracting many tourists. Here are the most important ghost villages in Greece. Vathia is a wonderful place on the southern side of Peloponnese, following the road from Areopolis to the south. This is an imposing village constructed on top of a hill, with stone towers, houses, churches and giving breathtaking view to the sea. This village was originally founded in the 18th century and it was flourishing during the 19th century. However, in the early 20th century, inhabitants started moving to large towns or abroad, until the village was gradually abandoned.

In 1980, the Greek National Tourist Organization started a plan to restore this ghost village. In fact, renovated towers were turned into guesthouses and today, this place is a wonderful surprise for visitors in this wild region of Peloponnese. Perhaps the most famous ghost village in Greece nowadays, Spinalonga is a tiny island located in the Gulf of Elounda in eastern Crete. Because of its strategic position, it was originally used for defense purposes, and an impressive fort was built there during the Venetian rule. The island was turned into a leper colony in 1903, and it was eventually abandoned when all its inhabitants were cured in 1957. The last inhabitant, a priest, left the island in 1962. Today, Spinalonga is a popular tourist attraction, while famous books and many movies have been inspired by its rich history. Mystras is a fortified town with immense historical importance, situated on the slopes of Mount Taygetos in southern Peloponnese. Mystras prospered greatly in the 14th and 15th century when it served as the Byzantine Despotate of the Morea (old name of Peloponnese), but it was abandoned around 1830 when the modern city of Sparta was built about 5 km away. Today the Castle is not inhabited and a small village has been constructed at the foot of the hill.

The Castle Town of Mystras has many well-preserved Byzantine churches with unique architecture, but the most impressive sight is the Palace of the Despots, on top of the hill. Due to its historical importance, Mystras is included in the Unesco list of world heritage monuments. Located in the center of Chios island, Anavatos is an impressive Medieval village built on a rocky hill, so steep that it can only be approached from one point. The natural defenses of the area and the huge wall further fortifying the village makes it clear that Anavatos was used to protect the western coast of Chios from pirates during the Medieval times.

This ghost village has interesting architecture, with stone houses built very close together. Anavatos was completely abandoned after the Massacre of Chios by the Turks in 1822 and a catastrophic earthquake in 1881. Today, the village receives many visitors but the hike up to the castle is difficult due to the steep landscape.

Old Perithia is the oldest village on the island of Corfu, situated on the slopes of Mount Pantokrator. Originally constructed in the 14th century, the elevated position of Old Perithia made it the ideal spot for inhabitants to protect themselves from pirate attacks. Over the years, the village flourished and became one of the wealthiest places in Corfu. As the threat of piracy receded in the 19th century, and tourism developed after the middle of the 20th century, more and more people moved closer to the coast, and the village was gradually abandoned.

Old Perithia is an interesting place to visit, as it is dotted with weathered stone-built mansions clearly displaying the Venetian influence of the island, and surrounded by eight beautiful churches. In the summer, the central square of the village is brought to life thanks to the traditional fish taverns and cafes that work there. It is accessed following a windy road from Kassiopi. Located on the top of a steep hill, Paleochora was the capital of Aegina island for almost an entire millennium. The inhabitants of Aegina were forced to settle there in the 9th century to escape from the pirates that were invading the coastlines. The stone-built castle village was dotted with numerous churches, rumored to be 365, but only 33 of them still remain and are open to the public today.

Despite the precautions, Paleochora was half destroyed by the legendary pirate Barbarossa in 1537, and after being seized by the Venetians and Ottomans in following centuries, it was completely abandoned by 1826. Paleochora is often compared to Mystras due to the many Byzantine chapels, and it is a beautiful place to visit, with a Venetian fortress and impressive churches with beautiful frescoes, some of which are still intact. Mikro Chorio is a small deserted village in the center of Tilos island. After the end of World War II, the villagers began to abandon Mikro Chorio and move to Livadia, the port of the island. That is how the village was completely deserted within a few years. Nowadays, you can see the ruins of the impressive old buildings in Mikro Chorio, and the remains of the castle and a Medieval tower. A perfectly preserved whitewashed church dominates the village. During summer, a small bar and a couple of restaurants built amongst the ancient ruins give life to this picturesque old village. Chorio is the today abandoned capital of Halki, situated on a hillside right below an imposing Medieval Castle. Chorio was a Medieval village in a protected, difficult to reach, location that offered its inhabitants shelter from the pirates. During the 19th century, the villagers gradually abandoned Chorio and moved to the port of Halki, Nimporio. Today, if you stroll through the overgrown streets of Chorio, you can see ruined stone houses and ancient walls, as well as the well-preserved school of the village. Built in the 12th century, Paleochora is nestled in a deep canyon, in a naturally protected location surrounded by sheer rocky cliffs rising over 100 meters tall. This was the capital of the island during the Byzantine period, and its marvelous architecture is similar to the famous castle towns of Monemvasia and Mystras.

The prosperous village was completely destroyed in 1537 by the pirate Barbarossa, and it was never inhabited again as it was considered to bring bad fortune. This castle town is largely ruined, but you can still find well-preserved Byzantine churches with beautiful frescoes, like the church of Agia Varvara. The remains of the old building and defensive walls create a unique backdrop to the beautiful natural landscapes of the area.

Are you looking for more villages in Greece? Check our website! 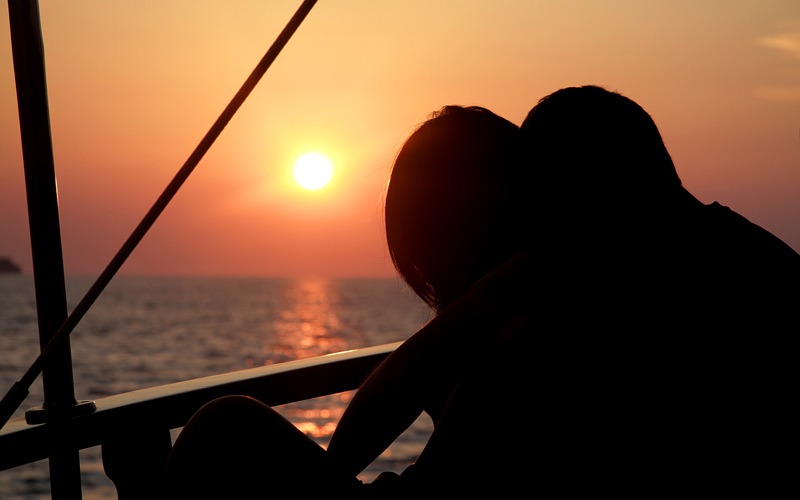 Most Romantic Things to Do in Greece

From the dramatic landscapes of Santorini to the classy elegance of Corfu, some of the most... 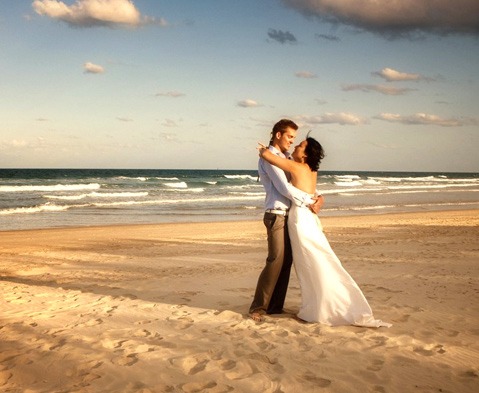 Weddings in Greece: Best places to get married

It has been some years that more and more couples are choosing to perform their weddings... 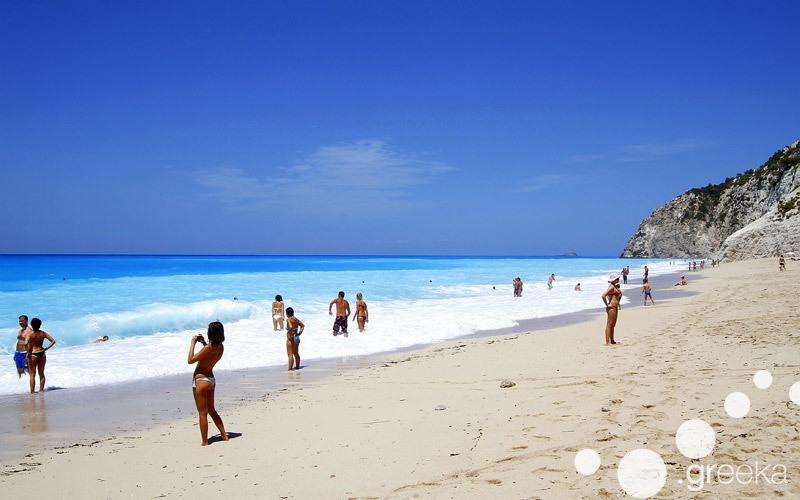 Did you know that, with 16,000 km of coasts, Greece has the longest coastline in Europe...