Over the last decade, there is a new trend in world travel: babymoons. This is actually a trip that future parents take during pregnancy to spend their last vacation as a couple before the baby comes. Most such trips take place during the second semester of pregnancy, when the difficulties of the first semester are over, and always upon doctor’s advice that it is safe to travel.

In this article, you will find the main things to know if you are organizing a babymoon in Greece.

It is a good idea to organize a babymoon in Greece as long as you are flying from a nearby country. Do not risk a flight longer than 3-4 hours as it may result in very tiring. Also, make a small research in-flight companies to see which their policies are for pregnant women; some offer benefits, such as larger foot area.

If you are traveling to a Greek island via transit from Athens, Thessaloniki or another airport, make sure you arrive at your destination with less possible fatigue. Therefore if the island has an airport, consider flying there. Ferries are safe but some pregnant ladies may have problems with seasickness.

In any case, if you are traveling by ferry to an island for your babymoon in Greece, make sure this ferry is large and the trip is short. For a long ferry trip, book a cabin.

# About health and safety

Specific vaccinations are not required in Greece but if you are under some personal medication, bring it with you. Better choose a popular island that has a hospital and private clinics to help you in case of an emergency, such as Rhodes, Santorini, Corfu and northern Crete.
More about: Health in Greece

Renting a car will facilitate you a lot for your trips around the island. It is much more convenient than waiting at the bus stop for the public bus. You can also arrange your schedule according to your preferences and avoid carrying heavy bags all around.

July and August are the hottest months in Greece, so we suggest avoiding them. The best months for a summer babymoon in Greece are from April to middle June and from September to middle October. During these months, the weather is hot but not too hot, so you can easily walk around and try swimming in the sea. Another nice idea is to come in the winter season when you can try a city break in Athens or Thessaloniki.

As we mentioned previously, it is best to choose a popular island for your babymoon in Greece. Santorini, Paros, Naxos, and Mykonos (the non-alcoholic side) are the most suitable islands in the Cyclades. Just make sure you bring your sneakers because their paved paths need a lot of walking. Rhodes, Corfu, Zakynthos, Kefalonia and the northern side of Crete are also nice as babymoon destinations in Greece.

With more than 120 inhabited islands, there are surely places in Greece to match all preferences.... 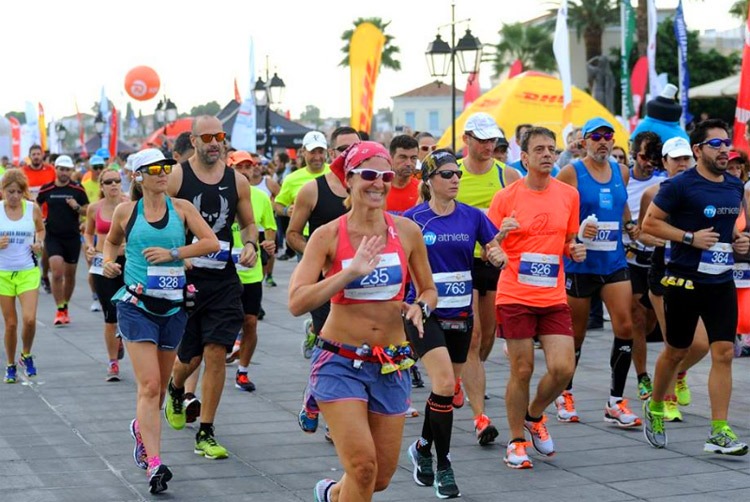 Running events in Greece: how have they become ...

They say that you get to really know a place only if you walk it. How...