With new museum openings and notable anniversaries, Greece is a wonderful place to visit for summer holidays in 2014. Here are the top reasons you should visit Greece in 2014. #1 New flights to Mykonos and Santorini

British Airways launches its first-ever flights to the Greek Islands. Starting from May 2014, the airline will fly directly from London Heathrow to Mykonos and Santorini.

After 13 years of development, the National Museum of Contemporary Art in Athens opens its doors to the public next spring, hosted at the former site of the legendary Athenian brewery Fix on Syggrou Ave. #3 Thessaloniki the European Youth Capital for 2014

Thessaloniki, the town with the largest and most lively university student community in Greece, has been nominated European Youth Capital for 2014. Events will start with a large open party on New Year’s Eve in the White Tower Square and will last for the entire year with seminars, workshops, volunteer projects, art exhibitions, conferences, and public debates.

Two diving parks will open in summer 2014 in the region of Messenia, on the southwestern side of Greece. These parks will allow diving on the sites of an ancient and a modern shipwreck. Hollywood continues to get inspired by ancient Greek history: The long-awaited sequel 300: Rise of an Empire will premiere in March, while two more movies with the adventures of the legendary hero Hercules will be screened in 2014.

Zorba the Greek, the most recognizable symbol of modern Greece, turns 50. Originally released in 1964, the movie with the famous syrtaki dance won the Oscar prize and the heart of the people. Wouldn’t it be a nice coincidence to visit Stavros Beach outside Chania Crete, where the syrtaki scene was filmed? The New Acropolis Museum in Athens regularly voted among the best museums in the world, celebrates its 5th anniversary with various events. See the 4,000 objects on display and visit the Parthenon Hall with the orientation to the famous ancient temple on the Acropolis.

The International Shipping Exhibition Posidonia will take place in Athens from June 2nd-6th, 2014. With more than 1,800 exhibitors from 92 countries, Posidonia takes place every 2 years and is the largest shipping exhibition in the Mediterranean. 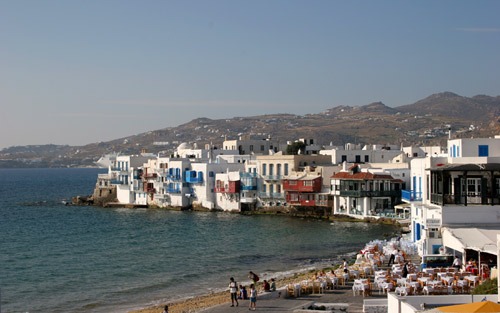 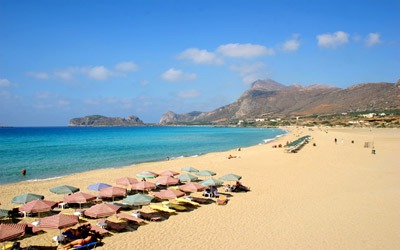 When is the best time to visit Greece?

The answer may seem obvious to some tourists who come frequently to Greece and also to...